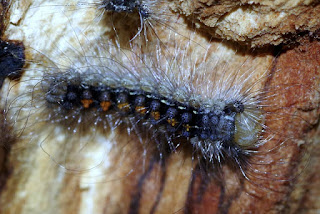 On this blog, I have written a number of pieces about parthenogenesis and asexual reproduction. The first was this one: Giving Birth to Hairy Worms, which was inspired by a book called The Manly Masquerade. In it, I noted the Renaissance belief that reproduction could happen spontaneously, that things could be born of putrefaction, and that:


It seems this idea is less far-fetched than it seems, as today I was reading about homunculi. Rather than attempt to explain it myself, I direct you to this article: The Homunculus Inside. (Trigger warning: the photos are not for the squeamish!)

It seems this would also be a good time to tell you that my articles on parthenogenesis (as well as my own experience of both asexuality and gynaecological problems) have inspired a couple of short stories, both of which are currently submitted to magazines. One is called Pandora's Pithos, in which the protagonist finds herself the mother of:

Tiny winged people, russet-green as rose thorns.  A hare in a nun's habit.  A bird with cat's ears and the face of a woman.  Weasels with wings made of cogs and pistons.  A comb with eyes, running sideways on its many teeth.  A serpent with braided hair.  A glass toad.

And the other story A Wingless Wedding - which I read at the Brick Box Rooms' "Talking in Tongues" during LGBT history month - was directly influenced by the discoveries about gall wasps, noted in Amazing Asexuality:


Wingless don't reproduce sexually.  That's the task of their children, the Winged, who in turn have Wingless children.  We're the only planet in our star system where this happens, and it's the same in every country.  Customs and traditions vary, but one thing has stayed the same the world over.  There has never been a Wingless wedding.


I do hope you find all this as fascinating as I do!