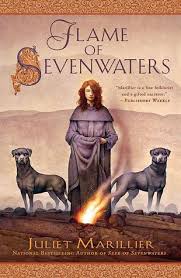 Just recently, I read Flame of Sevenwaters by my all-time favourite author, Juliet Marillier.  Juliet is the writer I look up to most in my own work.  She has been very helpful with Silver Hands, giving it a great review on the Top Hat Books site.  When Silver Hands came out, I sent her a copy and she sent me a lovely card, promising to read it.  So it was strange to think that we might both be reading each other's works at the same time, especially as both were about a girl without the use of her hands.

This wasn't deliberate.  Although I am a big fan of Juliet, and Silver Hands is in some ways inspired by her writing, I didn't know she was also going to be writing about a handless maiden.  It's interesting to make some comparisons. (Warning: possibly spoilers).  Juliet's Maeve hasn't lost her hands completely, but has had them burned in a fire as a child, so they are scarred and immobile.  She faces some of the same challenges as Margaret - getting dressed, feeding herself, feeling ashamed of how she looks.  Like Margaret, she has found her own ways round the practical problems, and has other talents that compensate for her lack of ability in traditional female tasks of sewing, cooking etc.  Where Margaret has skills in languages, maths and painting, Maeve has an affinity with animals.  (She's a sort of horse/dog whisperer).

However, Maeve is a much more feisty character than Margaret (as are all Juliet's heroines).  She tends to turn to anger when faced with problems, whereas Margaret is more likely to turn to despair (and the black bottle!).  Maeve has had scarred hands since childhood, and her main concerns are her family's pity when she goes home, and whether a man can be sexually attracted to her.  Margaret, on the other hand, is constantly trying to escape a man who is sexually attracted to her.  The amputation of her hands is a tragedy that occurs on the way, but is also the major factor is opening up her new life with Taro.  Her very handlessness is what makes Taro adore her as a "sky-spirit", makes her instantly love the lifestyle of Japan (low tables, screens etc.) and leads to the discovery of her new gift of foot-painting.  Whereas Maeve has to learn what she can achieve in spite of her handlessness, Margaret learns what she can achieve because of her handlessness.

At the end of Flame of Sevenwaters, Maeve is offered a possible cure for her injury, and we leave her with the hope of greater hand mobility in the future.  With Silver Hands, I deliberately chose to avoid a cure.  Although, in the Brothers Grimm version of "The Handless Maiden" [read it here] the girl's hands grow back, I was very much aware that for real-life amputees, this does not happen.  Being handless is now part of Margaret's identity as a disabled woman; it has made her stronger.  Maeve has become stronger in a different way, and her cure lies in the very thing she believed she could never have - the love of a husband.

By the way, my novel of Silver Hands was not my first attempt at re-telling the story of the Handless Maiden.  A flash fiction "Silver Hands" is still on Cabinet des Fees from 2009.  Read it here, and see what you think!
Posted by Elizabeth at 13:24 No comments:

Last time, I told you about my trip to Japan in 2011, and some of the sites which influenced Silver Hands.  Today, I will complete the tour and look at three more historic Japanese sites with Silver Hands connections. 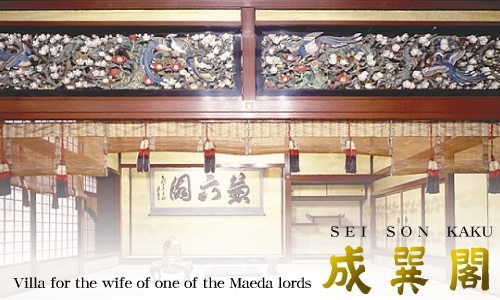 I'd like to start with Seison-kaku, a villa in Kenrokuen Garden, Kanazawa.  The garden itself is a splendid traditional garden, with tea-houses, pines, plum groves and cherry trees.  But the villa is particularly interesting because it was built for a woman: Shinryu-in, widow of Maeda Narinaga.  It is fascinating to look at the different rooms, which are named after the paintings on their skirting boards (tortoise room, butterfly room etc.), to stand in the grand reception room (pictured above) and imagine life as a Japanese noblewoman in days gone by. This is the future Taro pictures for Margaret. 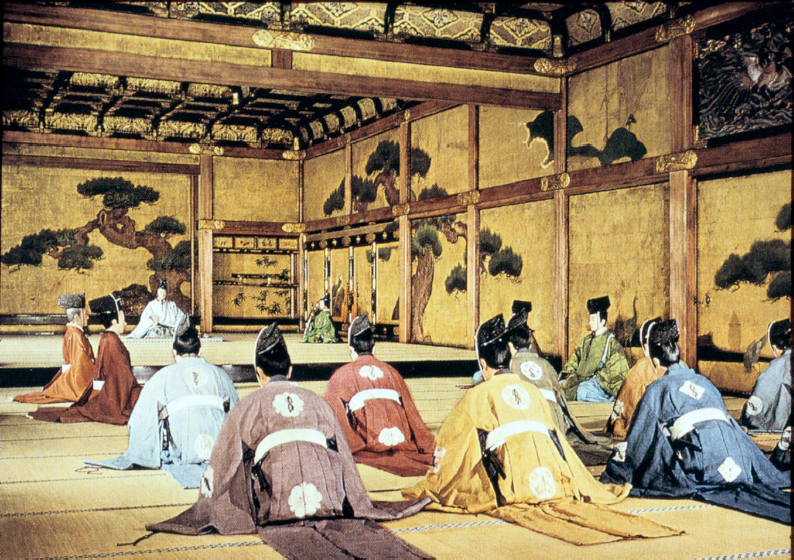 Last time, I spoke about Nijo Castle in Kyoto, which houses a magnificent set of mansion buildings.  For those of you familiar with Lian Hearn's Across the Nightingale Floor, the castle actually has a nightingale floor, which you must walk on in stockinged feet.  It squeaks as you walk, so that no one can sneak up on the castle's owner to assassinate him.  Looking at interiors like the one pictured above, one can imagine the splendour Taro lives in as a feudal lord. 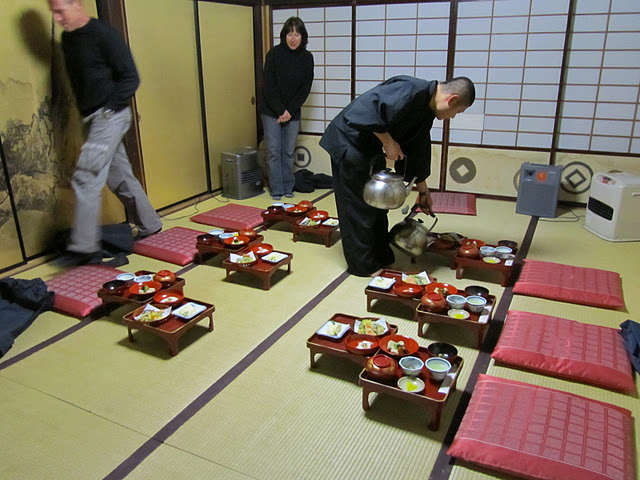 Lastly, I take you to the temple town of Koya-san, high in the mountains.  It was founded by Shingon Buddhist teacher Kobo Daishi in 816, and contains the headquarters of the Shingon sect, plus many other temples, and is a place of pilgrimage.  Like Margaret and Taro at the end of the story, my fellow-travellers and I were housed by monks in a temple lodging. It was a very special night for me, standing in the temple garden at night, looking up at the stars and singing quietly to myself Lover's Bridge, the song I wrote for Margaret and Taro.  Like this bride and groom at Grand Meiji Shrine, Tokyo, our heroes have a lot to look forward to. 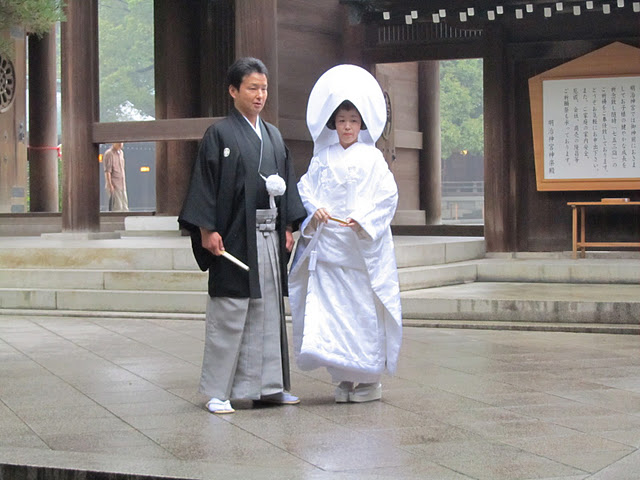 Posted by Elizabeth at 16:23 No comments: