Showing posts from January, 2013
Show All

The Castrato and the King 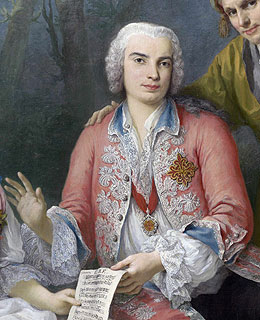 It's no secret that Carlo, the castrato singing prodigy in my current novel project  Cage of Nightingales , is named after the legendary Carlo Broschi, better known as Farinelli, who was born today in 1705 in Andria, Italy.  Among his many accomplishments, Farinelli spent over 20 years at the court of King Philip V of Spain, having been invited by the Queen, who believed Farinelli's singing could cure her husband's mental illness. From my reading, I understand Farinelli to have been a kind, modest and generous man, who didn't let his international fame as a singer go to his head.  At Philip's court, he spent time every day singing to the king, playing the harpsichord, chatting to the king and praying with him.  Although it never completely cured the king's illness, it offered him a great deal of relief, and the royal family were extremely grateful. One can only contrast this with the treatment forced on George III of Great Britain later in the centu
Post a Comment
Read more

Giving birth to hairy worms: bygone beliefs about the facts of life 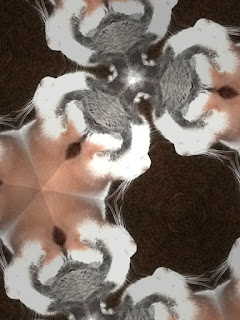 For Christmas, my brother gave me a book called The Manly Masquerade: Masculinity, Paternity and Castration in the Italian Renaissance  by Valeria Finucci.  I am probably one of the few people in Britain (or the world) who would be pleased to receive such a book for Christmas - one because my current novel, Cage of   Nightingales , has a castrato as one of its main characters, and two because I find androgyny endlessly fascinating. But the book also turned up some strange beliefs which, as a fantasist, I find just as intriguing.  Or maybe not so strange.  Science is only based on what people can observe.  If food goes off, you come back to find it full of maggots.  Where did the maggots come from?  Without a microscope, it's not unreasonable to conclude - as our Renaissance ancestors did - that some creatures could be born spontaneously of putrefaction. However, the spontaneous birth theories didn't end with maggots.  Here are some things that people (learned doctor
Post a Comment
Read more 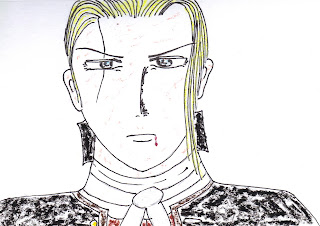 A mysterious Dutch gentleman Born: Amsterdam, date unknown.  Appears around 25 years of age. Family: father (deceased) a member of the Gentlemen Seventeen (directors of the Dutch East India Company, others unknown. Occupation: gentleman merchant. Skills: manipulating others. Interests: experimentation involving a mysterious lodestone; a growing obsession with Margaret Rosewood. Van Guelder appears courteous and charming - and is extremely handsome - but there is also a hint of coldness about him.  His lack of any bodily scent and seeming ability to be in two places at once suggest that he is not quite what he seems. Silver Hands - coming 26 April 2013 from Top Hat Books
1 comment
Read more
More posts