The Next Big Thing - Cage of Nightingales 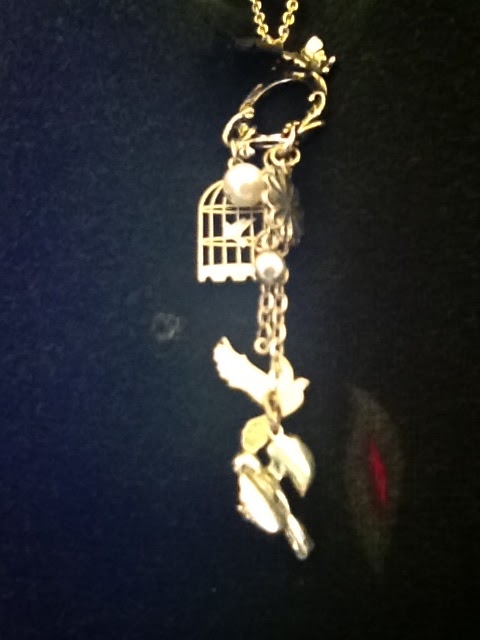 I have been invited by poet Gwyneth Box to participate in web-linking project, The Next Big Thing, in which writers from different countries and genres answer the same ten questions about a work in progress. Gwyneth's answers are here.  She writes great poetry: I loved her interactive book of haiku and fragments Poems from the Pueblo, and her new collection Around the Corner from Hope Street sounds interesting.

Anyway, since I've answered a lot of questions about Silver Hands recently, I thought this would be a great chance to talk about my current novel project Cage of Nightingales.  So here goes:

What is the working title of your book?
Cage of Nightingales. It will hopefully be the first book in the Angelio Trilogy.
Where did the idea come from for the book?Some time ago, I had a dream in the form of an anime, about a flute-playing boy and a girl who was paralysed from the waist downwards. I left the notes in a book, along with the idea of writing an opera-based story called Cage of Nightingales, possibly linking to this dream idea through Mozart's Magic Flute.
Some time later, I was writing an essay called "The Glass Coffin and the Ensorcelled Prince: An Asexual Reading". In the essay, I had mentioned the castrati (17th/18th century singers who were castrated as boys to preserve their high voices). I wanted to read more about them, so I bought the book The World of the Castrati by Patrick Barbier. As soon as I read it, I had a fully-formed idea for a trilogy of novels about a young castrato singer, incorporating the characters from my earlier "dream" idea.
What genre does your book fall under?
Historical fantasy. It is set in the early 18th century in a fictitious city-state called Angelio, which is literally patronised by the Archangel Michael.
Which actors would you choose to play your characters in a movie rendition?
Well, it would be lovely if Orlando Bloom would play the Archangel... The main characters are aged 11-14, so they would all be young unknowns.
What is the one-sentence synopsis of your book?
Tammo, a bullied charity pupil, and Carlo, the conservatory's star castrato, become unexpected friends and dedicate themselves to the Archangel Michael - with unforeseen consequnces.
Will your book be self-published or represented by an agency?
I hope to submit it to Top Hat Books, who are publishing my first novel Silver Hands, another historical fantasy set in the early 18th century.
How long did it take you to write the first draft of your manuscript?
I'm still writing it. I started around October 2011 and I'm just over halfway through the plot. However, the way I'm writing this one, it's pretty much all first draft, except the first six chapters. I actually stopped and re-wrote after six because it was veering off course. So, yeah, it's hard to say. I don't think there'll be much of a second draft, though.
What other books would you compare this story to within your genre?
Mary Hoffman's Stravaganza series for the mock-Italian setting. And maybe Madeline Miller's Song of Achilles for the tender, unconventional friendship between Tammo and Carlo.
Who or What inspired you to write this book?
I think I've answered that one already.
What else about your book might pique the reader’s interest?
Castrati. Angels. Baroque opera. Carnival. Magic flutes. Strong-willed disabled girls. Asexual love. What's not to like?

So that's it.  Stay posted on Facebook and Twitter for more updates.
Here's more of The Next Big Thing...

Karin Bachmann and Mord in Switzerland

Posted by Elizabeth at 13:13 No comments: 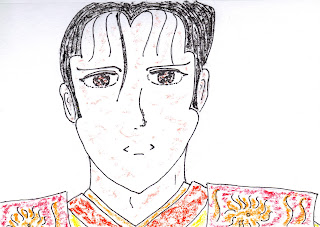 Posted by Elizabeth at 15:49 No comments: