Showing posts from March, 2016
Show All

The View from the Tower 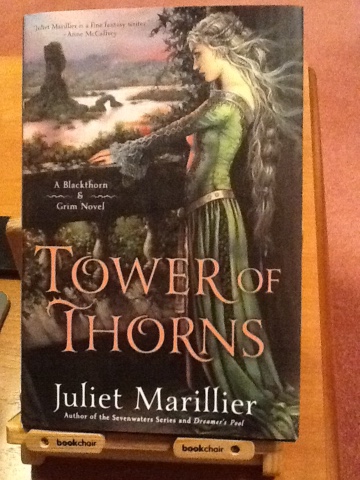 I have always loved "Women in Towers" stories.   Rapunzel , Marie de France's Yonec , and especially Tennyson's Lady of Shallo t.  Even Disney's Tangled .  (What's not to like about Flynn Rider?) The woman in the tower has always been a figure I can relate to.  Sometimes for negative reasons - being too shy and anxious to communicate with the world, or knowing the "invisible bubble" that separates you from the world during periods of intense depression.  Sometimes for positive reasons - I associate the tower with the Inviolate Female, and the symbolism of virginity, chastity and asexuality.  I have always wanted to live in a tower and, even now, can't imagine not choosing to have my bedroom in the attic. This week, my very own "Women in Towers" fairy tale, The Ice Queen and the Mer-King , was re-released in Venn , an anthology from Unstapled Press devoted to different ideas of gender and sexuality.   The Ice Queen  is very
Post a Comment
Location: Clayton Clayton
Read more
More posts