Showing posts from August, 2014
Show All 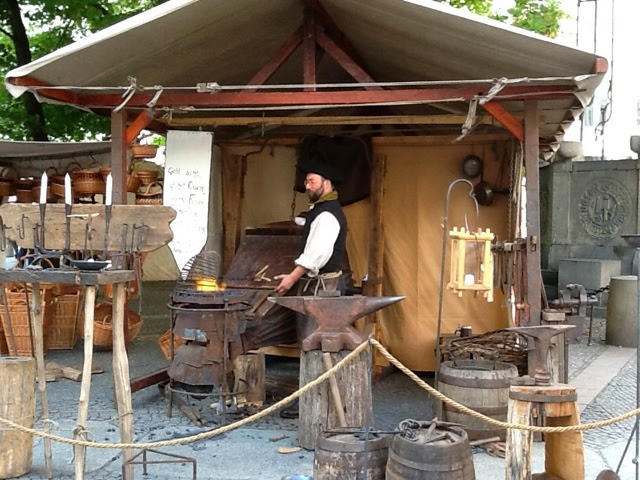 This time last week, I was visiting my brother in Berlin.  Known for the Brandenburg Gate, the Wall and Checkpoint Charlie, Berlin is maybe not the first place one associates with the delights of the 18th century.  But my visit happened to coincide with the annual Nikolai Festspiele, a living history festival that takes place in the historic Nikolai Quarter, an 18th-century square surrounding the medieval Nikolai church.  The whole place was bombed during the Second World War and has been lovingly reconstructed, with the much-rebuilt church now a museum (housing some wonderful baroque decoration).  The houses of the square are associated with key figures of the Enlightenment.  If I went again, I would very much like to go inside them.  But for last week, there was enough entertainment from the festival itself. It truly was a treat for lovers of early modern history.  Reenactors and residents paraded the streets around the square dressed in costumes ranging from the Renaissance to the p
Post a Comment
Read more
More posts