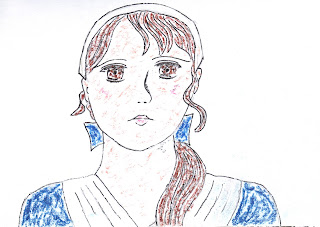 A master-mariner's daughter, looking for her place in the world

Posted by Elizabeth at 16:29 No comments:

Last night, I spent several hours with a very enthusiastic bunch of people who were doing a sponsored sleepout for the homeless as part of a national initiative called Sleepout 2012. 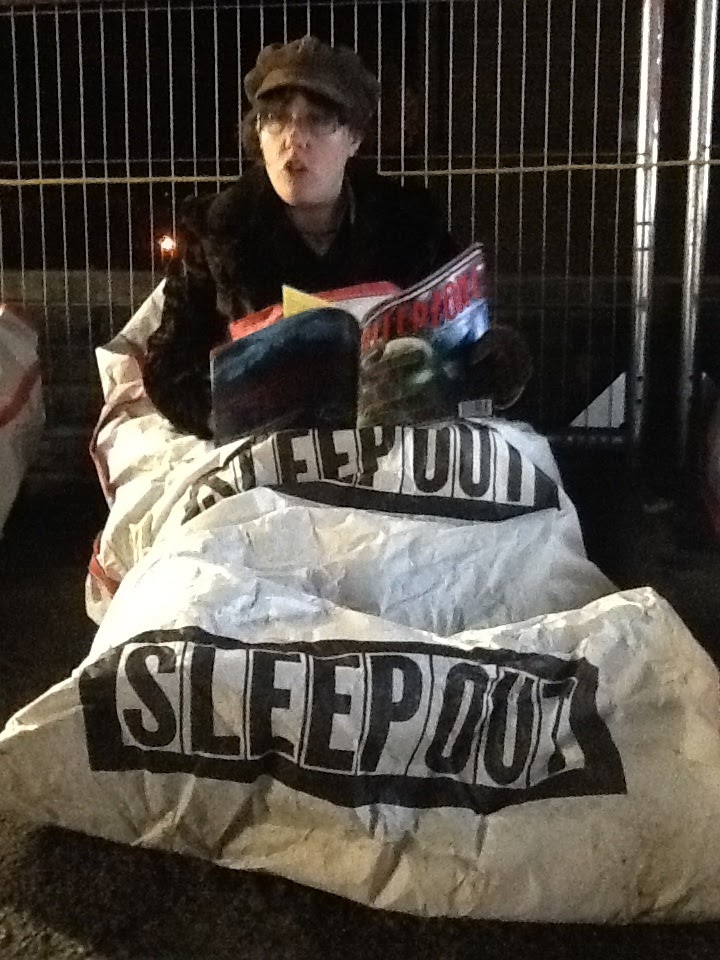 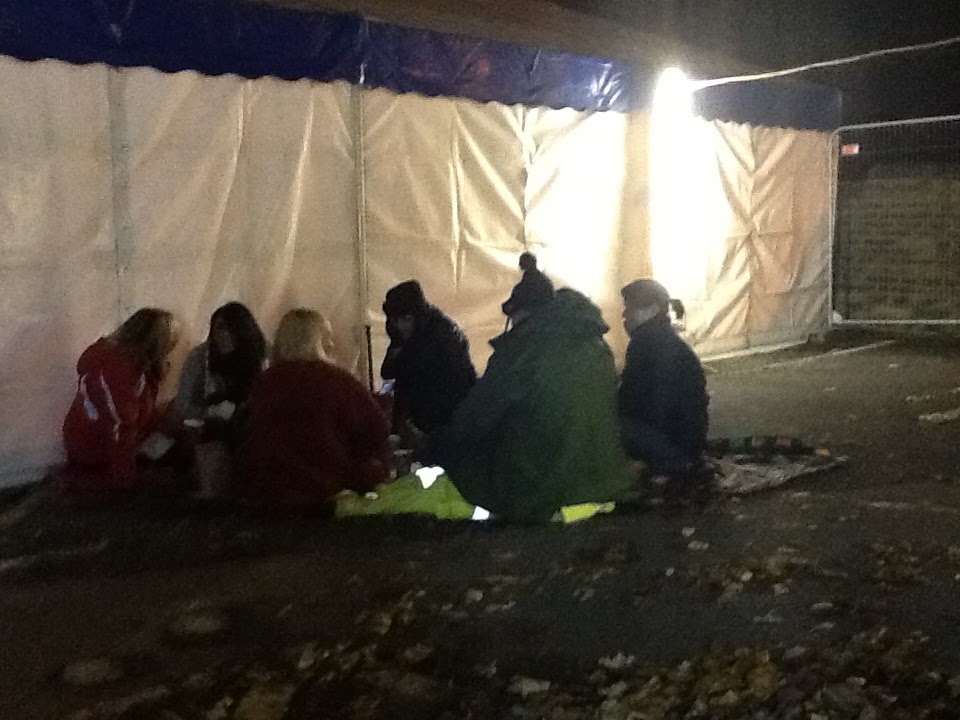 The group I was with were in the car park of a charity called Keyhouse in Bradford, but there were similar groups up and down the country sleeping for homeless charities, live-linked to London via the Community Channel, where celebrity sleepers included "Branson" and " Daisy" from Downton Abbey!  The Bradford group raised over £10,000.  One chap raised nearly £1000 on his own.  As some residents of Keyhouse were there, we could see for ourselves what a difference the money would make.

I was invited to read a "bedtime story", although I don't think anyone was remotely ready for bed at that point.  As I was there for several hours, I also wrote a flash fiction "in situ", partly inspired by a piece of artwork being created during the course of the night, courtesy of Participate. 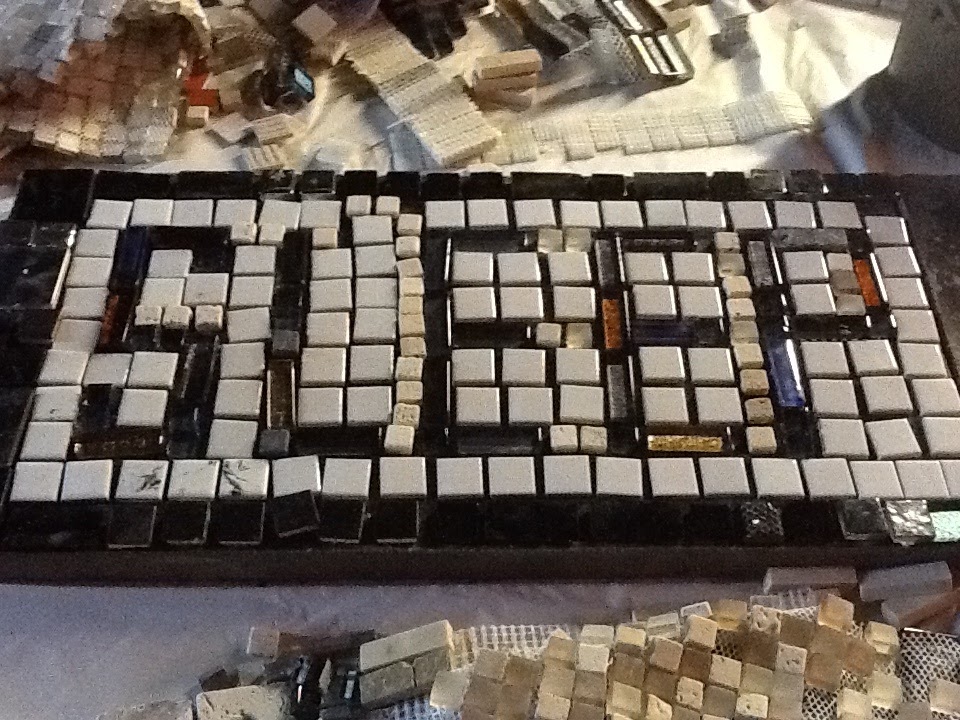 She walks on silent feet.  The mosaic figure of antiquity.  I have seen her face on the stuccoed ceilings of Georgian grandeur.  I have glimpsed her form in the granite monuments of Victorian industry.  But tonight she walks where the movers and the shakers lie on the cheerless turf of the restless and the shiverers.  Tonight Charity sleeps in a car park.  Tonight Charity begins with the homeless.

Posted by Elizabeth at 12:46 No comments:

Silver Hands - the making of an image 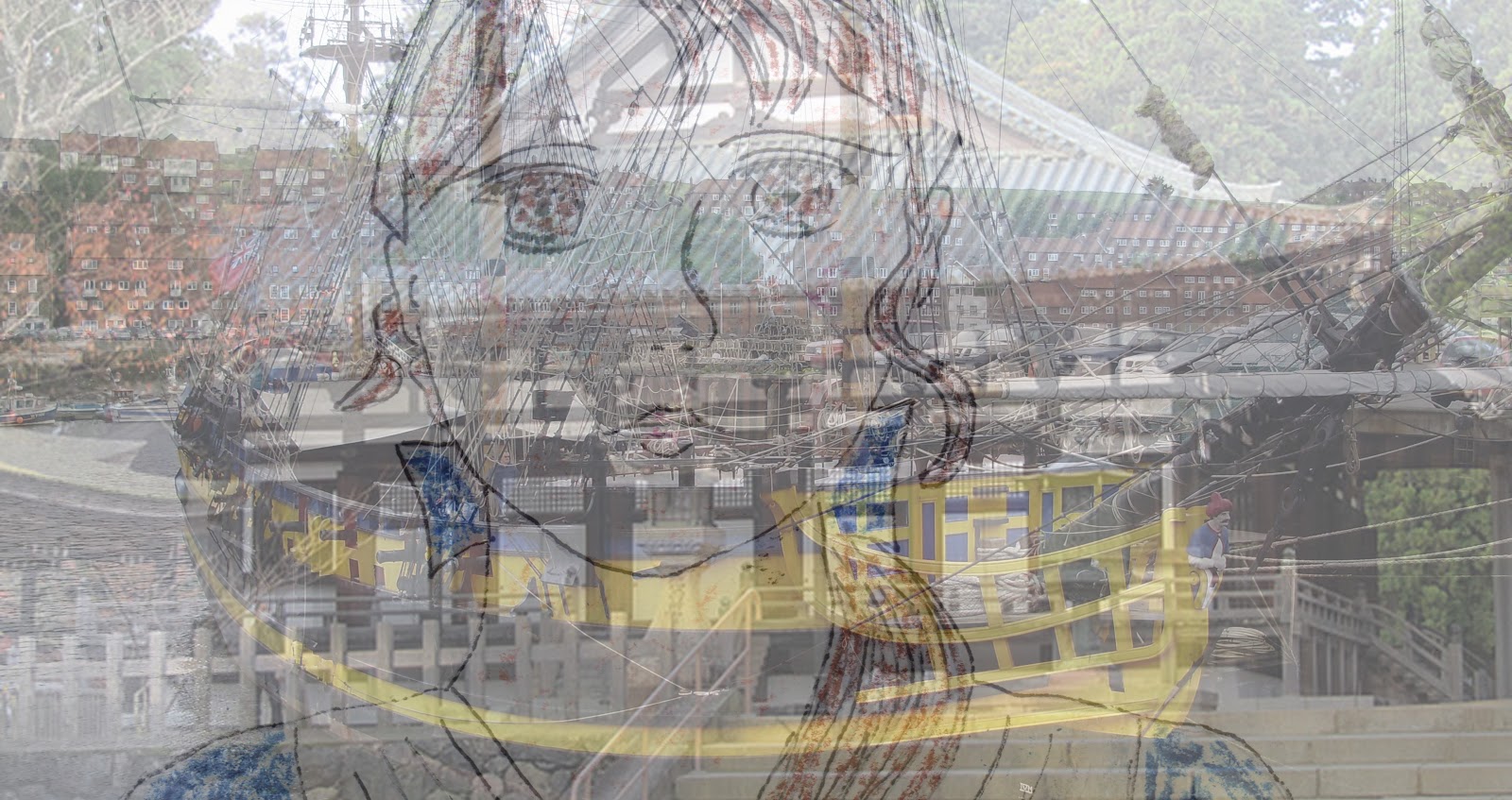 I don't yet know what the front cover for my forthcoming novel, Silver Hands will be like, but I'd like to talk you through the image I created myself for the Silver Hands page of my Hidden Grove website.

There are three images blended together in there.  (Can you spot them?)  The first is a drawing of the novel's main character, Margaret Rosewood.  (More of her in future blogs).  I drew that myself with pencil, pen and oil pastels.  I had a bit of help, copying the overall face shape from Miaka in the manga Fushigi Yugi, although I think she looks a bit like me as well.  (And a bit like Belle in Disney's version of Beauty & the Beast!  Not intentional.  Although an interesting coincidence).

The other two images are of places I went to research the story of Silver Hands.  One is of the frigate, the Grand Turk, when it was harboured in Whitby.  It was built for the TV series Hornblower (1998-2003), in which it featured as the Indefatigable.  It starred in other TV films as well, such as To the Ends of the Earth (2005).  I only found out today that it was sold to the French in 2010 and is now living in Saint-Malo, Brittany as the Etoile de Roy.  Almost like a real 18th-century ship, many of which were captured as prize ships in the wars between the English and the French.  I wondered where it had gone when I was in Whitby this year!  I went on board it twice when it was in harbour there, and it was really evocative of the Golden Age of Sail and life at sea.

The third image was taken on my guided tour of central Japan, this time last year (November 2011).  Looking at what order it comes in my collection, I think it's in the temple town of Koya-san, Wakayama Prefecture (a UNESCO World Heritage Site) which is up in the mountains and contains many temple dwellings.  The town was founded in 816 by the great Buddhist monk Kobo Daishi Kukai, who wanted a place away from worldly distractions for monks to study and pray. Pilgrims have come there for centuries, and visitors can stay in temple lodgings kept by monks.  It was chilly there, but a wonderful and unique experience, sleeping under a table heater (!), attending a prayer service, and quietly singing to myself in the garden under the stars the song I wrote for Margaret and Taro.  (More of him in future blogs too).

Posted by Elizabeth at 16:51 No comments: