My journey into gender-fluid fiction 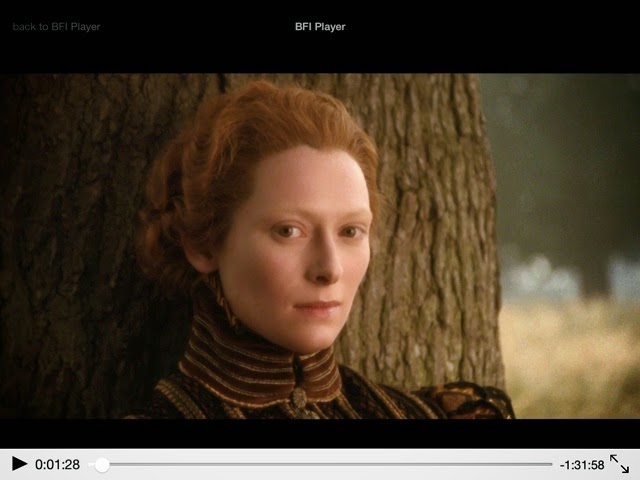 Tilda Swinton as Virginia Woolf's Orlando from the film of 1992: BFI Player

I recently listened to a fascinating online lecture by Cheryl Morgan about gender fluidity in science fiction and fantasy.  Regular readers will know that issues of gender and (a)sexual identity feature a lot in my blog.  So I was interested to read some of the books featured in the lecture.  Here's what I managed to find in my local library:

Orlando by Virginia Woolf
This famous literary novel is quite strange, and I doubt anyone truly knows what Virginia Woolf meant by everything in it.  The title character, Orlando, begins as a 16th-century nobleman and favourite of Elizabeth I.  By the end of the book, she is a woman (still called Orlando) and living in Virginia Woolf's own day, the 1920s.  The part where Orlando becomes a woman is spectacularly unspectacular.  He goes to sleep a man and wakes up a woman.  (Initial reaction: "Oh, I'm female now.  Whatever").  But I do like the part a bit later when Orlando tries to analyse his/her new identity by thinking, "This thing about me seems masculine, this seems feminine" etc., and Virginia Woolf points out that everybody has those kinds of issues at some point.

I also watched the 1992 film of Orlando on BFI player.  It's a beautiful and atmospheric film, very much in the spirit of the book, although not everything is identical.  In the book, Orlando has an admirer who initially approaches him dressed as a woman (when Orlando is a man).  Later, when Orlando is a woman, the admirer returns, revealing that he is male and always was.  The film misses out the part where the admirer is in drag, introducing him as a man.  However, Queen Elizabeth I is played by a man (at the point where Orlando is a man, played by a woman).  I'm not sure what that's trying to say.

The Left Hand of Darkness by Ursula K LeGuin
I listened to the BBC Radio adaptation of this, which may not have been the best way to go.  This seems quite a political story and it was hard to fully grasp everything in the dramatised version.  However, it's what was available to me at the time.  The story involves an ambassador from a human interplanetary alliance, on an ice-age planet where everyone is gender-neutral.  They only become male or female at a particular time in their monthly cycle, for the purpose of procreation.  One thing that interested me was that many people saw the ambassador as a "pervert" because, in their view, he was permanently on heat, being male all the time.

Eon and Eona (The Dragoneye Duology) by Alison Goodman
This enjoyable YA fantasy in an East Asian setting is about a girl disguised as a boy, trying to become a Dragoneye - a sort of warrior-mage who bonds with a dragon to control the weather.  I enjoyed the first book the most (although the second has a very compelling romantic strand).  It has the most gender and identity issues, and is mainly set in a Forbidden City-like capital, which I loved.  As well as the obvious girl-as-boy disguise, there are literally hundreds of eunuchs (which leads me to think the author's main influence was the Ming Dynasty), a hormone potion and the fascinating character of Lady Dela - a Contraire or Twin Soul ie a man with the soul of a woman, who dresses and lives as a woman.  The second book has a lot more warfare in it and concentrates mainly on humanity's relationship with the nature-dragons.

Gideon Smith series by David Barnett
I haven't actually got up to the book mentioned in the lecture, Gideon Smith and the Mask of the Ripper, but I made a start on the series in order to get there.  It's a fun, steampunk series, set in an alternate 19th century.  The first book actually has a lot of identity issues - who is a real person, who is a real hero etc.?  We meet a mechanical girl called Maria, Count Dracula's widow, and an elderly gay couple ( whose supposed roles as Hero of the Empire and his chronicler are in fact reversed).  The second book seems to lose the edge, and concentrates more on action, making it feel shallow by comparison to the first.  (Maria hardly features and all the other characters are human).  However, in book 3, Maria supposedly meets a transgender woman and they talk about what a "real" woman might be.  I look forward to that.

As you can see, the range of my local library didn't really stretch that far.  I'd still like to read one of the books that features truly agender characters.  But I've made a start.
androgyny books Dracula dragons fantasy gender Orlando science fiction steampunk Ursula K LeGuin Virginia Woolf
Location: Bradford, West Yorkshire, UK