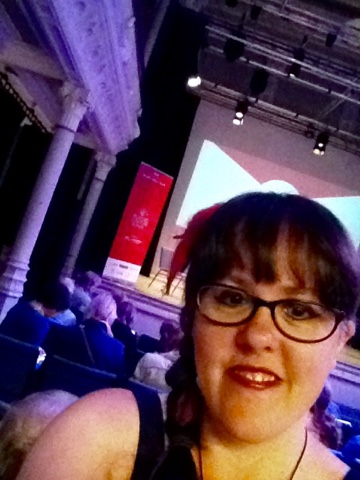 This is my last day at the festival, as I have responsibilities tomorrow.  Looking at my planned line-up of events, I expect to have my mind blown!
I begin in the Old Building of Bradford College, which feels like a fascinating journey into the past.  I took a course here once, but have never been in the Sir Henry Mitchell Hall.  It feels like one of the theatres from my Angelio Trilogy.  I'm here for Jerusalem: The Anthem, although we have to wait a while for all the speakers to be ready.  One of them is Ben Okri, who I had to study at uni, so this should be interesting, since I studied Blake as well.
We are given some background to the poem, which originally appeared in the preface to two handmade copies of Milton.  We learn of Blake's pacifism, his unique but strong brand of Christian faith, and his sense of himself as a prophet, who saw a landscape infused with the spiritual.  We also hear how Hubert Parry was commissioned to write the music for a rally in 1916 to renew flagging fervour for the War, and how he quickly came to hate the use it had been put to.  How Parry bequeathed the copyright of his version to the suffragette movement, which was how it came to be taken up by the Women's Institute, and how it was put into Anglican hymnals in the 1930s.  An extraordinary history that reflects that fact that - as Ben Okri reminds us - we read all poetry through the lens of ourselves and our own times,  I feel a great affinity with Blake's vision of walking in of a symbolic universe.  And by the end, I sense we all feel the poem should be reclaimed in the name of peace and justice.  The event ends with a special performance of the song, which has now taken on a new life in our hearts.
After a quick sandwich, I venture into the Time Theories of JB Priestley.  I know pitifully little about Bradford's famous son, but he turns out to be another visionary, whose writing prefigures later movies like Fight Club and Sliding Doors.  We hear about the pre-War academic writings and philosophy that influenced him and other writers such as Eliot, Joyce, Tolkien and Huxley.  For example: living multiple lives in alternate timelines. The circularity of time. The idea that dreams are in a different dimension of time where you can see the past and the future.  I go away with a reading list and the sense of a newly-discovered kindred spirit.
Lastly, I prepare to explore The Science of Immortality, with Anthony Peake from the previous event, and Akram Khan.  It's hot and I feel a bit faint; I hope I get through it.  The discussion takes in questions of bodily life (What are we made of? Can the body regenerate?), questions of AI (would a human consciousness downloaded into a machine still be human?) and questions of subjective experience, such as Near Death Experiences and déja vu. We are led to question if all our reality is actually part of a larger singularity, or even a holographic projection.  It will take me a few weeks to process all these ideas, but I see lots of potential for new stories!
As I come to the end of my time at the festival, it seems fitting to end with this thought: that we come from ancient stardust and will go to far future stardust.  I'm sure something eternal has been created this week. 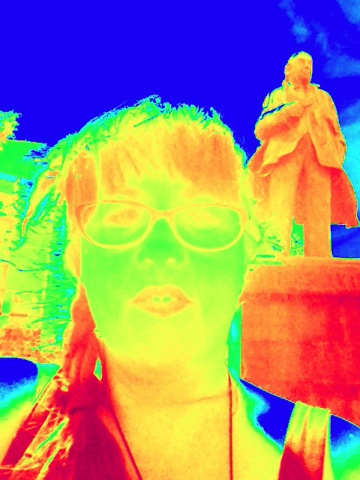