The Stones of York

June 04, 2017
Earlier this week, I had a short break in York.  And I did something I've been meaning to do for years - go around the Minster in an attempt to identify the statues Susanna Clarke brings to life in her novel of quarrelling Regency magicians, Jonathan Strange & Mr Norrell.
I'm probably not the first fan of the book to do this, and I'm sure I won't be the last.  But I'd like to share with you my candidates for the identities of those marvellous statues.  You may disagree.  After all, nothing comes more naturally to magicians! 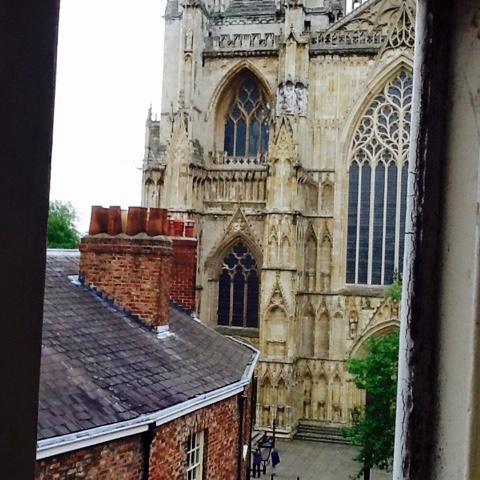 The Cathedral of York, from a window in High Petergate, home of Mr Honeyfoot. 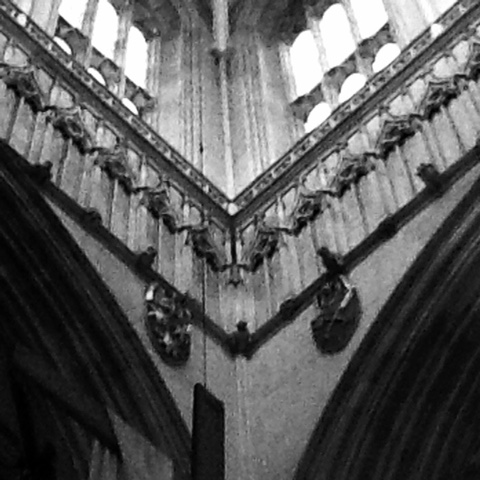 Peering up into the gloom of the chancel, where little stone figures jut out.  One begins to speak... 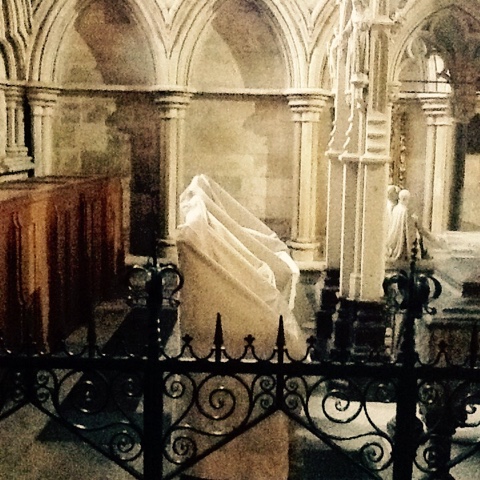 "...this was the man who had murdered the girl...We know where he is buried.  In the corner of the south transept!" 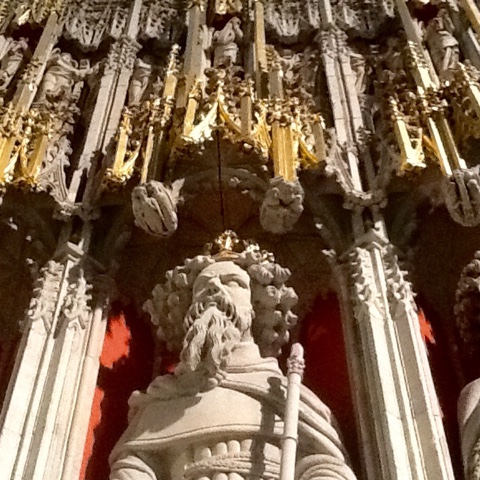 One of the fifteen stone kings.  (With other, smaller statues above). 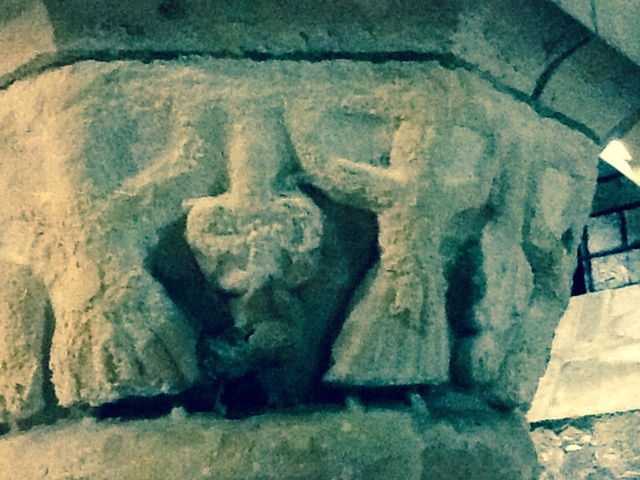 "...a little group of queer figures with linked arms...atop an ancient column." 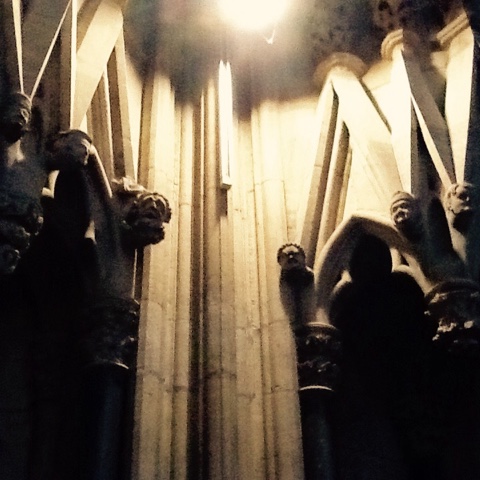 "In the chapter house there were stone canopies with many little stone heads with strange headgear." 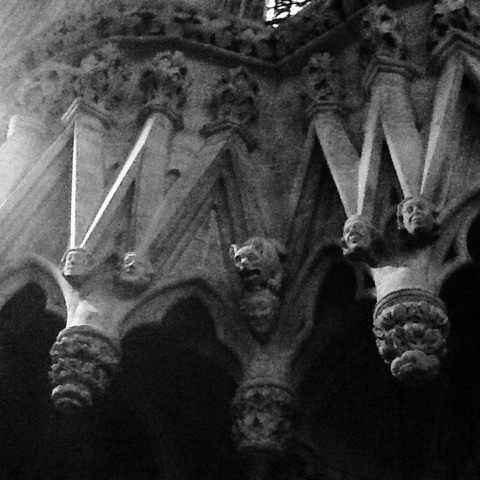 A stone dragon?  Or another strange creature? 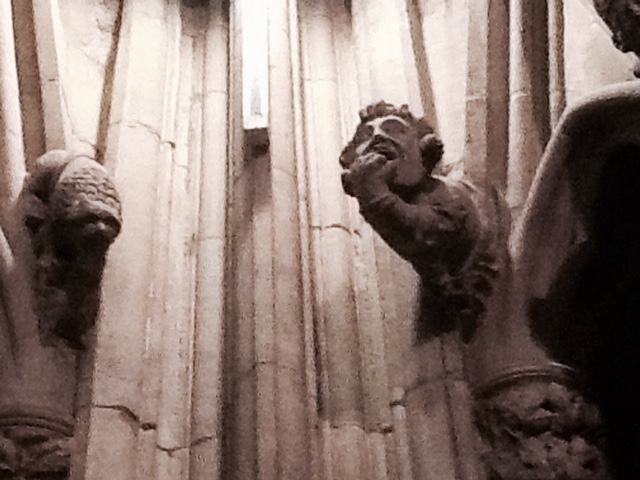 And here's another one!
The only statue I couldn't identify was the one I thought would be the easiest: "a copy of a work by Michael Angel."  Is there such a statue in York Minster?  Was there at one time?  Do let me know.  And do share any other contenders for Mr Norrell's talking statues.  We could discuss them at the next meeting of the Learned Society of York Magicians.
Which, incidentally, meets here: 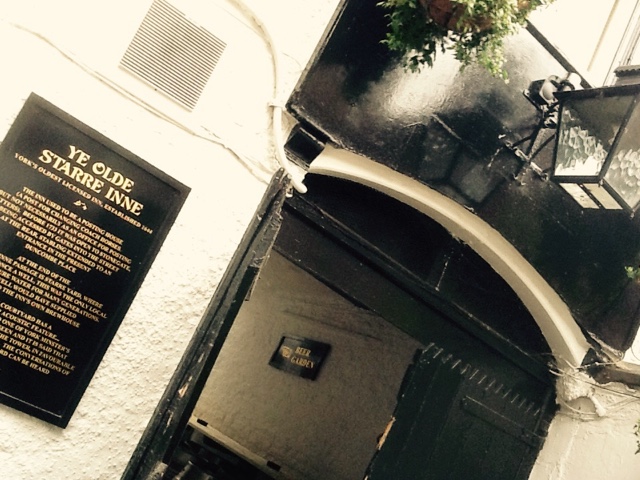 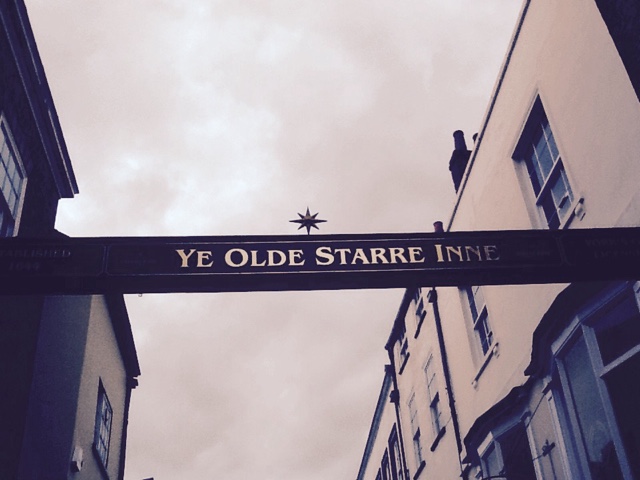