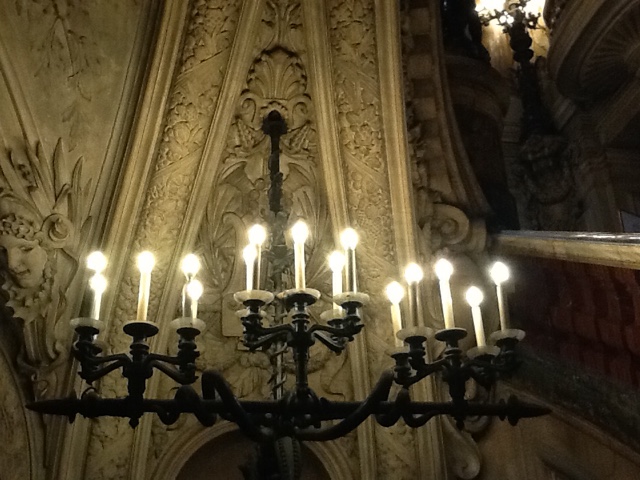 I hate the modern Hallowe'en, but I love the idea of a "Season of Remembrance", running from All Saint's Eve on October 31st to Armistice Day on November 11th.  In my opinion (and experience, as someone who has provided the music for a lot of funerals) death isn't spooky or morbid (if that's not nonsensical).  It's natural, as natural as leaves falling from trees and the year turning from summer to winter.  The dead are not to be feared.  They are our ancestors, our relatives, our family.  It's good to spend time remembering them, praying, or simply lighting a candle.

Neither must Death be a figure of fear or horror.  Death can be kind.  We have only to think of the late Sir Terry Pratchett's wonderful character of Death, who always spoke in capitals, and walked with Sir Terry at the end.  Or the compassionate Death, narrator of The Book Thief, who gathers children's souls in his arms during the air raids.

In that vein, I give you this wonderful video link to Schubert's Death and the Maiden, by Andreas Scholl.  I have read that the poem comes from a European myth in which Death demands a maiden give herself to him on her wedding night, or generally tempts and seduces a maiden.  To some, this could be the ultimate creepy tale.  But Andreas Scholl's video brings out a comforting meaning to the words and image of Death and the Maiden, one which probably comforted Schubert himself as he faced his own early death.  Like the Beast in Beauty and the Beast, Death turns out to be  - not a cruel ravisher as the maiden fears - but gentle, loving and kind.

Maiden:Stay away! Oh, stay away!Go, fierce Death!I am still young, please go!And do not touch me.Death:Give me your hand, you beautiful and tender vision!I am a friend, and come not to hurt you.Be of good cheer! I am not cruel,You will sleep softly in my arms!