Where are the shy heroines? 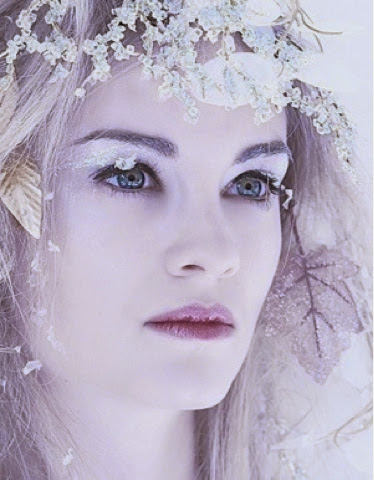 Last night, my daughter and I watched Frozen for the first time.  (Yes, I know, we took a while getting around to it).  I don't intend to write a review of Frozen here (basically, I didn't think it was as good as Tangled).  But I do mean to say that I found the heroines a bit annoying.  They were too loud for me, too independent, too feisty.
I've never liked feisty heroines.  Right from reading Little Women as a child.  I know so many people wanted to be Jo, but I wished Beth could have been the writer (as well as a pianist).  Then she would have been like me, right down to the name.  Growing up, I identified with Marty South (Thomas Hardy's The Woodlanders), following Giles about, too afraid to admit she loved him, Fanny Price (Jane Austen's Mansfield Park), bossed about by everyone in the house with only Edmund treating her like a human being) and especially the Lady of Shalott, trapped in her tower, unable to cross the room.  (Yes, we're back to women in towers).  When I wrote my first woman-in-a-tower story, The Ice Queen and the Mer-king (http://www.newfairytales.co.uk/pages/issuetwo.pdf)  she was very much in the vein of those characters.
Actually, what I dislike is the fashion for feisty heroines, which seems to have been going on all my life. The idea that seems to get pushed is that feisty = good.  Where does that leave the shy girls, the quiet and compliant ones who want to do the right thing?  Underneath, we are angry that rebellion and outspoken-ness gets the upper hand.  We are being shouted down by the gobby kids, just like we were at school.  We just want to get a word in.
Have we seen a decent shy heroine since the 19th century?  People seem to think the heroines of the past were insipid, either oppressed or repressed.  Now, oppressed and repressed aren't good.  I've just read The Bride of Lammermoor, in which quiet, compliant Lucy suddenly flips and stabs her bridegroom to death.  But it is annoying to be told that an introverted temperament is insipid.  We are not insipid.  We don't like being shouted down or to feel that other people are controlling us.  But we don't want to freak out like Lucy of Lammermoor either.  We just want to live our lives.
When I wrote Silver Hands (http://www.amazon.com/Silver-Hands-Elizabeth-Hopkinson/dp/1780998724)  I tried to make Margaret my kind of heroine.  She is basically a good girl who wants to do the right thing.  I think it surprised me as much as it did her that she had to do some defiant and brave things in order to avoid being controlled by Van Guelder, because that isn't her natural way.  She is happiest in the peace and quiet of Taro's garden, with someone who gives her plenty of space.  She also needs men to help and protect her.  Yes, you heard me.  She needs men.  She has weaknesses.  Disabilities.  Things she can't do for herself.  She's basically a lone female surrounded by mostly male friends.  And she needs those guys, because they do the things she can't. Because brothers and male friends are great (speaking as someone with plenty of experience).  And admitting where you need help is a strength, not a weakness.
OK, so maybe there is some of that in Frozen as well.  I'm not having a go here.  And if you're a feisty person, then obviously you want to see a heroine like you.  But don't put the quiet ones down.  And don't write us out of the story.  Like I say, we just want to get a word in.
Frozen gender heroines silver hands Tangled
Location: Clayton Clayton